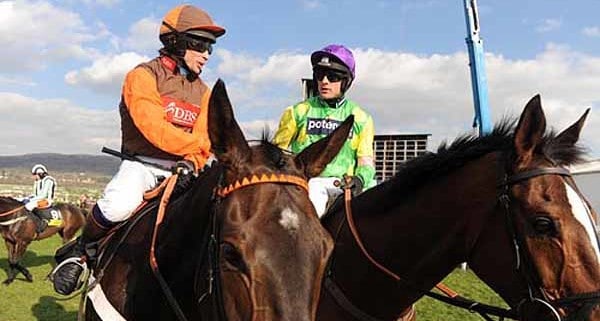 If ever there was a horse that grabbed the publics imagination and enthusiasm for horse racing then Kauto Star has to be it. It used to be Kauto V Denman, now it’s Kauto V Long Run but does the now 12-year-ld still have what it takes to brush his competition aside and go for his third Cheltenham Gold Cup this afternoon?

The line between joy and despair in horse racing is all too common and seldom will that line seem finer than this afternoon, when Kauto Star emerges to run in his sixth Betfred Cheltenham Gold Cup, striving to win back the crown for a second time.

At a recent Cheltenham Preview evening, on the day that Kautos’s doubt over injury was announced, a woman next to me was absolutely devastated. Her love for Kauto was unprecedented and she regularly made the long trip to Ditcheat just to see him. Such is the love for this great horse that across the land punters are sticking their hard earned cash on him to once again triumph before he inevitably gets retired.

An inquisitive, cocky and friendly horse, Kauto Star will arrive at Prestbury Park today as the most popular horse in the land with his fans sporting their green, yellow and purple scarfs and banners and nobody wants this fantastic journey to end badly, either through a loss or heaven forbid an injury.

Which begs the question, having recently taken a serious knock during schooling, should he even be running? Now I know that a modern day Gold Cup with no Kauto Star is like The Queens Speech without the Queen, but should our entertainment and unwavering support of this horse override the fact that it might not be in his best interest? It is the elephant in the room that has haunted Kauto Star’s dedicated connections in a doubt-ridden preparation.

Champion trainer Paul Nicholls has spent eight years caring for and training Kauto Star and he is only too aware of the pitfalls of this final bid for glory and wondered if it might be a mercy if Kauto Star was withdrawn. “There would be a lot less pressure,” he mused. But then, in true Hollywood blockbuster style this extraordinary horse surprised him with his powers of recovery.

“I know we always have to move on,” he reflected this week. “When See More Business finished, I thought we would be in trouble and it will be the same with Kauto. But it will feel very strange when he’s not there any more.”

Just to run in six Gold Cups is a triumph of constitution but regaining the crown may be improbable. Kauto Star is two years older than any Gold Cup winner since 1969.

But as a very wise Ted Walsh said earlier this week “The great thing about stats is that horses can’t read.”

Millionaires Made At Cheltenham
Scroll to top