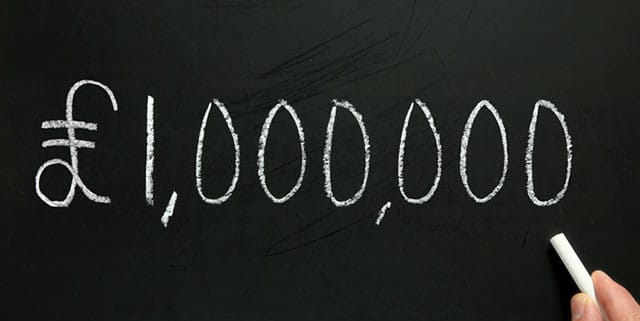 We all love a good betting story and the best of the 2012 Cheltenham Festival so far has to be from Conor Murphy, a stable lad at Nicky Henderson’s yard who, back last November, put a five timer accumulator bet on Sprinter Sacre, Simonsig, Bobs Worth, Finians Rainbow and yesterday’s Riverside Theatre.

Acting on first-hand knowledge of the horses he sees every day, Mr Murphy wagered £50 at ante-post odds with the bookmaker, bet365, on the five horses all trained by Henderson. All five have won during the first three days of the four-day festival and a very happy Conor Murphy is now a millionaire!

As he left the racecourse, Henderson said that he “couldn’t be happier for Conor”.

“It’s absolutely wonderful. He’s the nicest gentlest man and he rides Finian’s Rainbow every day. He’s got more confidence in me than I have and he obviously took a rather strong view, before Christmas, I gather.”

Asked if he expected Mr Murphy to turn up for work on Friday, Henderson laughed and replied: “He’d better.”

And it isn’t just Conor Murphy who’s celebrating a massive victory, Son Of Flicka’s owner, Phil Williams, scooped an incredible £900,000 when he backed him at odds of 66/1 to win the Coral Cup.

Williams, a Dubai-based businessman involved in warehousing, backed the eight year-old at all prices from 66-1 down to his starting price of 16-1 and landed what can only be described as a monster gamble, which earned him £900,000. Add the winning purse and he’s a millionaire as well!

Clearly ecstatic, Williams said “I will die a happy man now,” he said. “Last year I was beaten by Michael O’Leary [Ryanair Chase] and told him it was the only thing he had ever arranged to arrive at the right place at the right time! It’s great – today he was the first person to congratulate me. British jump racing – it’s what sport is all about.”

Can Kauto Do It Again

Black Caviar – The Wonder From Down Under
Scroll to top