Looking back to the Cheltenham Open meeting and if there was one horse to pick out for being a great performer it would have to be Apple’s Shakira. The juvenile hurdler had been spoken about in high regard over the past few weeks since joining the Nicky Henderson yard, and when we finally saw her on the racecourse, she certainly didn’t disappoint.

She won a hurdle race at Vichy in France back in May, so this wasn’t her first taste over hurdles in public. She won that race in France by over eight lengths and that was enough to alert JP McManus, who eventually bought her for a large amount of money. She was sent to Nicky Henderson’s which is no surprise considering the success he has had with both juvenile hurdlers and mares, she is certainly in good hands right now.

Going back to her race at Cheltenham, and despite this being a Grade Two race, it looked to be a match between Apple’s Shakira and two-time previous winner Gumball. Despite looking like a match in the betting, once the race got underway and things began to heat up there was only one winner. Apple’s Shakira came round the final bend in control and flew home from there, enjoying the soft ground and coming away to beat a 144 rated rival by 17 lengths.

That form is enough to put her right in the picture for either the mares novice hurdle, or the Triumph Hurdle at the Cheltenham Festival, and there is a good chance she will improve further with more races under her belt. She is currently around a 4/1 chance for the mares novice hurdle and a 9/2 chance for the Triumph Hurdle, and clear favourite for both races.

She was receiving 7lb from her rivals due to being a mare, but that weight was not the difference, she would probably have won the race if she was giving them 7lb, such was the manner of her victory. That makes her a hugely exciting individual and it will be interesting to see what her next target is, as well as what her long-term target is.

That may be determined by the other horses that JP McManus has in training with other trainers in both the UK and Ireland. He will have many stars heading to the Cheltenham Festival and where possible he likes to keep them apart. That may influence where Nicky Henderson sends her, but if she runs in the same form as she did on her British debut then it may not matter too much.

Apple’s Shakira is the first genuinely exciting juvenile we have seen this season and many people are getting excited about her. She is just three years old and has a huge future ahead of her over hurdles. It will be fascinating to see where she goes next, and if she can improve on what she achieved at Cheltenham, which is likely. If she does then she will be a short-priced favourite for whichever race she runs in when we reach the Cheltenham Festival in March. 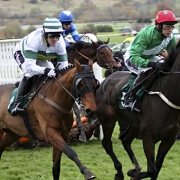 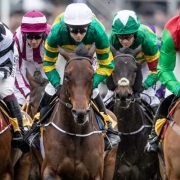 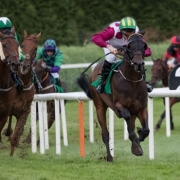