It was the third day of Cheltenham and it was St Patricks Day. Crowds came in there masses and it was expected to be a fantastic day of racing. The day’s first race was the JLT Novices’ Chase.

Not many horses to get the days first race going with only 10 going for the £80K prize. Defi Du Seuil went off as the favorite for this race at 3/1 followed closely behind by Lostintranslation at 4/1.

All horses jumped the first fence with Vindication (11/2) leading the way. However, they weren’t all over easily with Voix Du Reve (9/1) nearly unseating Ruby Walsh, was this a sign of things to come? As they jumped the second Lostintranslation took the lead and held their position for the majority of the race. Everyone kept in a close pack for the majority of the race. After jumping the third to last fence Ruby’s fate was confirmed and he was this time unseated by Voix Du Reve.

Approaching the final fence Lostintranslation was two lengths clear but Defi Du Seuil closed that up with easy. Barry Geraghty had waited all week for a winner and had ridden this race to perfection. In the final half furlong, Defi Du Seuil proved too much and powered away to win by two lengths. A great start for trainer Phillip Hobbs who started the day with a 3/1 winner.

There we no fallers or non-riders in this race but Ruby Walsh was unseated.

The day’s second race had 24 runners in it, which meant the prize money of £56K was going to be well contested. Sire Du Berlais was the favorite for this race at 4/1. Barry Geraghty was onboard and looking to make it back to back wins.

The 24 horses had 12 hurdles to jump and leading the way from the start was Abolitionist (20/1). They ran very well and were still in front just before approaching the second. Unfortunately for jockey Sam Twiston-Davies, this was as good as it got. They dropped to the back of the group as all the other horses started to make their move.

As they approached the final furlong it looked like it was to be between Not Many Left (16/1) and Tobefair (40/1). Barry Geraghty repeated what he did in the previous race and stormed to the front to win. Sire Du Berlais didn’t win by as much as Defi Du Seuil but it was still a second win for the jockey and a 4/1 win for trainer Gordon Elliot

Five horses out of the 24 pulled up and Wait For Me unseated Michael Nolan.

The race with the largest prize of the day at £196K was arguably the race of the day. Ruby Walsh was looking to make amends of his poor day by beating all the other 11 horses whilst riding the favorite Footpad (7/2).

Frodon and Bryony Frost were the fastest off the mark and got into an early lead. As the approached the third last Frodon was still leading the way but had lots of company with Monalee (5/1), Aso (33/1), and Road To Respect (9/2) all keeping pace.

As they approached the final fence it was between Aso and Frodon. The question was would Frodon have enough left to go all the way and win after leading the whole race. It looked as if Frodon didn’t and just as punters thought the dream win for Frodon had gone, they pulled clear. Frodon dug deep and won the Ryanair Chase by a length.

This was an emotional win for Bryony Frost and in winning she became the first female to win a grade one race at the festival.

No fallers or unseated rides in this one but four horses did pull up.

18 horses were contesting in the 2m 7f race win the winner taking home £182K. Paisley Park was the heavy favorite for this one and went off at 11/8 with the next best competition Faugheen at 4/1.

Nautical Nitwit (100/1) and Sam Spinner (33/1) got off to eager starts having around a three to four-length lead from the rest of the pack. With three more to go Sam Spinner took the lead with Nautical Nitwit seeming to run out of energy and drop further and further back. Faugheen took up the second position and was applying pressure to Sam Spinner all the way around.

As the approached the last hurdle Paisley Park and Aidan Coleman made their move. They moved out wide and ate up the ground between them and first. Paisley Park didn’t jump the last very well and gave Sam Spinner another chance. But the class of Paisley Park came through as they raced home for a 2 lengths clear win. Trainer Emma Lavelle would be very happy as they remained unbeaten for the season.

All 18 finished this race with the early leader Nautical Nitwit coming in last.

Getting past the halfway point of the days racing we had 22 horses racing in this handicap chase. Daryl Jacob was riding the favorite Janika at 3/1, with Lizzie Kelly just behind on Siruh Du Lac at 9/2.

Siruh Du Lac took to the first fence like she would the whole of the race, in pole position. Eamon An Cnoic (10/1) and Didero Vallis (16/1) were contesting with Lizzie Kelly for the majority of the race.

As they jumped the second to last Didero Vallis faltered allowing the favorite Janika to try and make headway. Siruh Du Lac jumped the final fence in the lead and managed to fend off the challenge from Janike to win. Lizzie Kelly being the second winning female rider of the day!

Unfortunately, in this race, one horse fell and another four pulled up.

The penultimate race of the day had 22 horses in it, with the winner receiving £50K. Epatante was the bookmakers favorite for this race at 15/8 with Barry Geraghty looking to get three wins from day three.

All 22 horses cleared the first as Emily Moon (25/1) took the lead. Impressively Emily Moon managed to keep the lead up until about the second where Elfile (50/1) took over. Unfortunately, for Emily Moon, leading seemed too much for them as they ending up pulling up.

With two to go, it looked like it was anyone’s to win and it sure ended that way. Eglantine Du Seuil came from the back of the pack and in the final two furlongs took every chance possible. As they reach the line it was a photo finish between Eglantine Du Seuil and Concertista. The former taking the win at a huge 50/1!

This was a very unusual Cheltenham race with the top three being, 50/1, 66/1, and 40,1. There were no fallers in this race and but three horses pulled up before the end.

The final race of St Patrick days 23 horses involved. £41K was the prize fund for the first place horse over the 3m 2f race.

Captain Chaos (20/1) lead the way and then Crievehill (40/1) past him. The two horses were still at the front with three out. Unfortunately, as they jumped it Arkwrist (33/1) fell at this fence.

As they hit the final turn Kilfilum Cross (7/1) took the lead but started wandering across allowing chances for the other horses to catch up. As they jumped the last Any Second Now (6/1) jumped far better and took the lead with a furlong to go. Any Second Now ran home easily winning by about three lengths.

This race didn’t go as planned for some though. There were two fallers, three pulled up and one horse unseated their rider. 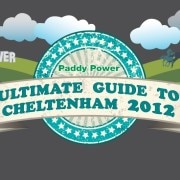 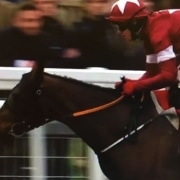 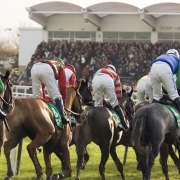 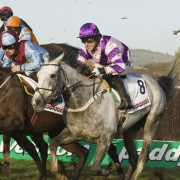 Will History Be Made In The Champion’s Hurdle?
Scroll to top