Early in the national hunt season we often see some impressive performances that give us horses we can follow throughout the season. On Thursday at Worcester, we may have seen one of those from If You Say Run. She is a mare who hails from the Paul Nicholls yard. A yard, which incidentally, has started the new season very well.

The mare was a good standard last season over hurdles, although a little disappointing on her final start. She had a wind op during the summer and that appears to have worked perfectly for her. Looking very well at Worcester, she ran out a comfortable winner in the end.

She was odds on to win the race so must have been pleasing at home and it really showed in her jumping. For a novice having her first run over the bigger obstacles, this was a nice performance. She was pretty much foot perfect over the fences and if there was one small criticism it was that she hung out a little in the closing stages. Although that never stopped her from going forward and she was perhaps a little lonely, which wouldn’t happen in a better race.

If You Say Run was 10lb or better than those that lined up against her in this race based on official ratings so she was entitled to win the race as well as she did. However, as a first-run over fences and a first run since having a wind op, you can’t help but think there is more to come from her.

There are now two possible routes she can take. Having both open to her is something that Paul Nicholls will use to his advantage to place her in the best possible races for her to win. She can go down the novice chase route, and I expect we will see her in another novice chase next time out. The other route is to take advantage of the mare’s program that is currently in place.

All smiles with some very happy owners in the winners’ enclosure @WorcesterRaces with If You Say Run. pic.twitter.com/HX7PX0CPJy

This would mean going against far more experienced rivals but the opportunities for mares have never been as good. Despite that, we still see some small fields as there just aren’t that many mares in training. Nicholls is great at placing his horses and it would be no surprise to see him put her in a couple of small graded mares chases over the course of the season and pick up some easy prize money.

Where ever she goes, one thing is for sure and that is the fact that If You Say Run is a horse worth following. Whether it is mares’ races or novice chases she is going to have plenty of opportunities to get wins this season. After a foot perfect round of jumping, she is a horse worth getting excited about for the coming season. 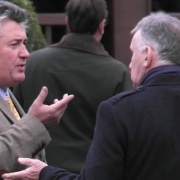 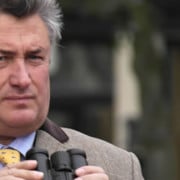