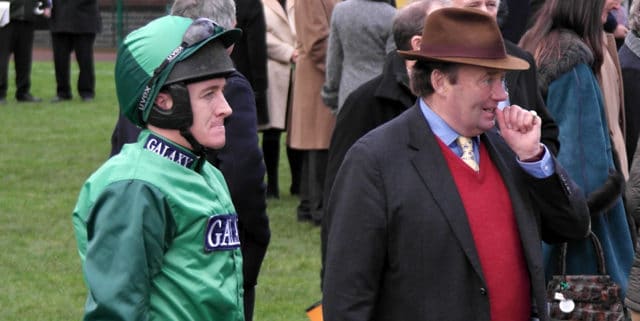 As the February lull is behind us, both punters and non-gambling fans of the Sport of Kings are now salivating over the upcoming 2019 Cheltenham Festival. Day One of the Festival will feature the prestigious hurdling two-miler that is the Champion Hurdle, where the best hurdlers will shift around the famous Old Course ground.

Let’s take a look who the main favourites are in this year’s CH.

When you think of hurdling records the names of Hardy Eustace and Hurricane Fly come to mind. Those two are remembered for their memorable Champion Hurdle doubles, but none of those equine greats managed to pull off a hat-trick, leaving that record open for the taking.

This year we see the notorious “Drinker of Air” attempt to be the first racehorse to win the Champion Hurdle crown three times in a row. Trained by the prolific Nicky Henderson, Buveur D’Air is the absolute favourite – with the price of 15/8 for him to snag the first-ever hat-trick.

However, that Kempton hurdle showed signs of vulnerability as the dual champion hurdler was beaten by a display of sheer speed from stablemate Verdana Blue. This time it’s different, as the Cheltenham hill is obviously Buveur D’Air’s favourite ground.

Buveur D’Air is a racehorse with something to prove, and the betting odds for the favourite are still great.

Buveur D’Air is the horse to beat at the Champion Hurdle. Though there wasn’t much of a challenge six months ago when the uncontested favourite was priced odds-on. Things are different now with Ireland’s two mares entering the picture.

Apple’s Jade was originally intended to feature the Mares Hurdle. But everything changed when she became the first mare in 16 years to win the Irish Champion Hurdle. This forced her connections to move her to the Unibet’s Champion Hurdle.

Although Apple’s Jade was beaten as a favourite in last year’s Mares Hurdle, it was further revealed she was in season and that’s why she underperformed.

This year her form is miles apart from last year, and if she keeps it up we can expect to see her giving Buveur D’Air a hard run for the triple crown at the odds of 7/4.

The second Irish attack on the Champion Hurdle comes in the shape of the six-year-old mare Laurina.

After two comfortably easy victories at Punchestown and Sandown, the Laurina is bang on form, hoping to beat the other two favourites at her first feature on the Festival.

The Willy Mullins trained Laurina firmly established herself in the Champion Hurdle challenge after her spell of dominant victories against her own sex.

A chaser type of horse, her main criticism is her jumping, which could lose her ground to the likes of Buveur D’Air. And the fact she’s never raced another gelding before brings a lot of uncertainty for punters.

On the other hand, Laurina’s two-from-two for the season and six-from-six since joining Willie Mullins is a strong tell of her form.

She is certainly the risky pick of this year’s Champion Hurdle. You can back her to cause a surprise and potentially cash in on the odds of 7/2.