One of the most coveted mares to run at Cheltenham, Benie Des Dieux had been entered into multiple races for this year’s festival. However, trainer Willie Mullins has now announced that she will not be part of his contingent traveling to Prestbury Park in a few weeks time.

The Irish Champion trainer released a statement on Tuesday evening: “Benie Des Dieux hasn’t been pleasing me in our quest to get her to Cheltenham and regrettably we have had to make the decision to withdraw her from the festival.

“I’ll try to get her to make Punchestown but we’ll have to see how things go.

“It’s very disappointing for everyone as we thought she would make it to Cheltenham but unfortunately time just ran out.”

The 10-year-old mare, owned by the Ricci’s hasn’t been seen on the racecourse since March 2020. That was in the Mare’s Hurdle at Cheltenham when she was beaten by rival Honeysuckle.

Another showdown was widely expected particularly as Honeysuckle has since won another two Grade 1’s including the Irish Champion Hurdle at Leopardstown in February.

No stranger to the winner’s enclosure, Benie Des Dieux has won seven of her 13 hurdle starts. That includes three Grade 1 wins, all of which have netted connections in excess of £480K throughout her career.

Her first win in the Mare’s Hurdle at Cheltenham came in 2018 when ridden by Ruby Walsh. Heading into the 2019 festival, she was the odds on favourite to repeat the feat.

However, she famously fell at the final hurdle, again under jockey Ruby Walsh and Roksana went on to win the race.

By the time 2020 rolled around, Honeysuckle was well and truly on the rise and it was a hotly anticipated contest between the two as they had never competed against each other before.

With Honeysuckle winning the race, that put the mare on a 100% win record of 10 wins from 10 starts. It also gave jockey Rachael Blackmore her 6th Grade 1 win from the partnership.

With Benie Des Dieux now out of contention, the odds for the Mare’s Hurdle have been changed up ever so slightly.

While Benie Des Dieux may be out of contention, Mullins also happens to train Concertista for Simon Munir and Isaac Souede.

The 7-year-old is on a bit of a winning streak and finished last season with a win in the Mare’s Novices Hurdle at the Cheltenham Festival.

Since then she has gone on to win both of her races this season. That includes both the Mare’s Hurdle at Fairyhouse (Grade 2) as well as Leopardstown (Grade 3).

With the Mare’s Chase being added to the Cheltenham Festival line-up for the first time this year, Benie Des Dieux did have a good shot at the win. Having previously won three chases, she was definitely in contention.

Again, now that she is out, Elimay is now the favourite on odds of 2/1. She is followed closely by Colreevy on 3/1 and Put The Kettle On at 11/2.

Grand National runner-up Magic Of Light is on odds of 16/1. However, with another shot at the Aintree fences beckoning, connections may swerve Cheltenham to keep her fresh for April 10th.

Shattered Love from Gordon Elliott is another mare offering some value at 8/1. Though like a lot of Elliott’s horses, she has multiple entries including both the Ryanair Chase and the Gold Cup. That’s as well as a Grand National entry. With no decision yet made on which route she will take we will have to wait a little longer to see where she runs.

For now though we switch back to Benie Des Dieux and keep our fingers crossed that she comes good over the next few weeks. She may miss Cheltenham but it would be great to see her back and running at the Punchestown Festival at the end of April. 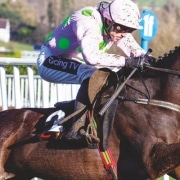 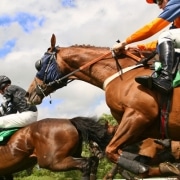 Cheltenham to Introduce a Mares Chase From 2021 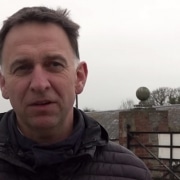 Honeysuckle To Run In The Mare’s Hurdle