Champ isn’t the first winner of the Cheltenham Festival race, best known as the RSA Chase, whose connections have found it tricky plotting a route back to Prestbury Park for the following season’s Gold Cup. If recent years are anything to go by, then for talented staying novices over fences just getting runs in open company is a challenge.

You cannot question the value and worth of the Festival’s three-mile Grade 1 contest on Ladies Day as a Cheltenham Gold Cup trial. It has produced four subsequent winners since 1999 including the mighty Denman and, significantly with particular reference to Champ, Bobs Worth for his trainer Nicky Henderson.

However, the fact remains that no RSA hero has gone on to follow-up in the Gold Cup since 2013/14 when Lord Windermere did the double for Davy Russell and Jim Culloty. The best performance by a winning three-mile novice chaser at Cheltenham in the next renewal of the Festival’s showpiece after then is Henderson inmate Might Bite finishing second in 2018.

Cheltenham Festival favourite Champ to have an away day after his Kelso race is lost to the weather https://t.co/EnSgq1Xbpj pic.twitter.com/jlRo91pGBl

RSA Chase form is something both bettors and bookmakers alike take very seriously, so it’s no surprise to see Champ among Gold Cup day betting tips for the 2021 Cheltenham Festival. The concern is that we have seen Christmas come and go without him making his return to action.

As it stands, Champ has had just four races over fences in his life going into 2021 and two career starts at three miles. That is the epitome of the horse racing cliché lightly-raced and unexposed, especially for a race as demanding as the Cheltenham Gold Cup.

Henderson has always minded horses in his Seven Barrows yard at Lambourn that he believes can go to the very top. For evidence of that, look no further than Champ’s current stable companion Santini who went into the 2020 Gold Cup with just five outings over fences under his belt. He finished just behind Al Boum Photo in second.

Keeping the animals with as few miles on the clock as possible may be the key to ensuring equine longevity in the demanding discipline that is National Hunt horse racing, but there are question marks. Anyone who watched the RSA Chase closely couldn’t help but notice it was a scary turn of foot up the Cheltenham hill, rather than accurate jumping, that won the race for Champ.

Unfortunately Champ will not be travelling to @LeopardstownRC over Christmas. He is not quite ready to run so we will have to wait a bit longer for his seasonal debut. He has been schooling brilliantly so we are very excited to see him on a racecourse as soon as we can! pic.twitter.com/zSfE1jiGLl

He needs to brush up on getting over fences, then. While Henderson reports further schooling to have gone well with his charge, he just didn’t feel Champ was ready for the rigors of the intended target over the festive period – a trip to Ireland for the Savills Chase at Leopardstown.

Where and when we shall see the JP McManus owned gelding next is intriguing. The Cotswold Chase on Festival Trials Day in late January was the route Henderson used to get Santini ready for his Cheltenham Gold Cup bid last season, while the Denman Chase around Newbury in February is also an option.

These are Grade 2 contests, both perhaps a bit too close to the Festival for comfort. The longer it is before we see Champ, then the more it will remind punters of Presenting Percy over the winter of 2018/19 when he just couldn’t get his ground and went to the Gold Cup following a hurdle run at Galway. Henderson cannot afford to do that with Champ. 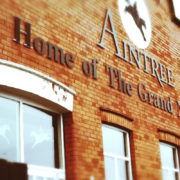 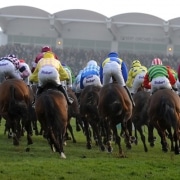 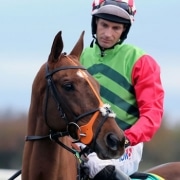