There’s no doubting that we are still a very long way off the Cheltenham Festival in 2022. A lot can happen between now and next March but already some horses are making a big splash when it comes to the betting markets.

Odds are all still ante-post but that hasn’t stopped the bookmakers from boosting the likes of Sharjah for the Champion Hurdle. Trained by Willie Mullins and owned by the Ricci’s, Sharjah is now as short as 10/1 for the race.

So what prompted the sudden love for the 8-year-old? A win at Punchestown last week is the answer. It was the Grade 1 Unibet Morgiana Hurdle and with only three runners, it was already looking for good for Sharjah.

The bay gelding was up against the decent competition in the form of Zanahiyr and Echoes In The Rain. Prior to the race, two non-runners were declared. Abacadabras was deemed stiff and unfortunately, Darasso was injured in transit.

Run over two miles, and with nine hurdles to be jumped, the pace was steady and consistent throughout. Sharjah was happy to stay in Zanahiyr’s shadow but as the finishing line came into view, Echoes In The Rain faded, Zanahiyr lost steam and Sharjah simply cruised to victory.

“Simple really. Sharjah, best gelded hurdler in Ireland and England last year, brushed aside one of the top novices and another of the top juveniles when I rode him in Sunday’s Morgiana Hurdle to show the old guard still set the benchmark.

“Honeysuckle is still the Queen, but should she have an off day Sharjah remains the most likely one to benefit.

“His Champion Hurdle odds are surprisingly generous even still.”

Sharjah is different class in the Morgiana! pic.twitter.com/qIokQv1zxl

It now looks like Sharjah will head to Leopardstown to try to match Hurricane Fly and Istabraq by winning a fourth Christmas Hurdle.

Known as the Matheson Hurdle, the race takes place annually on December 29th. Having already won it in 2019, 2019 and 2020, a fourth win could be on the cards for Sharjah and team Mullins.

From there, it’s all roads lead to Cheltenham and the Champion Hurdle.

Honeysuckle dominates the markets the betting markets and for good reason. She is simply the best hurdler on the planet. She has never lost a race and boasts 12 wins from 12 starts.

She won the Mare’s Hurdle at the festival in 2020 and added the coveted Champion Hurdle in 2021, her fourth Grade 1 win of the season. She also beat Sharjah in that race.

She has a tried and tested path to Cheltenham. It goes Fairyhouse, Leopardstown, Cheltenham and it starts all over again on November 28th with the Hatton’s Grace Hurdle at Fairyhouse.

Already on ante-post odds of 7/4, if Honeysuckle can start this season with another win then the Champion Hurdle 2022 will be a cracker of a race.

Other than Sharjah and Honeysuckle, their next nearest rival appears to be Epatante. Third in the Champion Hurdle in 2021, Epatante did get the best of Sharjah in the 2020 renewal, taking the win for trainer Nicky Henderson.

As of yet though, he hasn’t bested Honeysuckle – then again, nobody has! 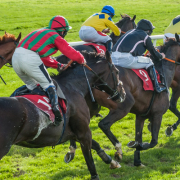 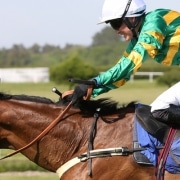 Understand Horse Racing Betting as a Beginner
Scroll to top