The main event on day one, the Champion Hurdle, attracts some of the best two milers around. It is open to horses aged four and over and the field take in eight hurdles on their way to possible glory.

Mares have taken two of the last ten renewals and they look set to play another pivotal role this time as Honeysuckle and Epatante fight it out for favouritism at the head of the market.

The winner usually comes home well within four minutes and they are usually well found in the market. Only Espoir D’Allen and Rock On Ruby have won at double-figure prices within the past decade.

Nicky Henderson and Willie Mullins are the trainers to follow in this race having won the race no fewer than nine times between them.

Punjabi, Binocular, Buveur D’Air (2017 & 2018) and Epatante have all scored for the master of Seven Barrows, whilst Hurricane Fly (2011 & 2013), Faugheen and Annie Power have all won for the Closutton based handler.

Horses who perform well at Leopardstown and Sandown in their prep races tend to have a better chance of winning this race.

Previous Winners of the Champion Hurdle

Below are selected runners who hold entries for Champion Hurdle 2021.

Honeysuckle comes here on the back of a fantastic win in the Irish Champion Hurdle at Leopardstown where she extended her unbeaten run to ten.

To win a Grade One race by ten lengths is a fantastic achievement and she is just the toughest mare around at present.

She won on her Festival debut last year when readily accounting for Benie Des Dieux in the Close Brothers Mares’ Hurdle and in two appearances since, she has continued her improvement.

Rachael Blackmore has built up a formidable relationship with the seven-year-old and they fully deserve to take their chance here.

Epatante is another mare of fantastic ability. Anyone can have a bad day and she clearly did when not running her race when last seen out at Kempton on Boxing Day.

She seemed to be uneasy in the preliminaries and couldn’t settle herself as the race progressed.

Her trainer will likely have put the finishing touches to her in preparation for her to defend her crown and if on song she may well be the one to end the winning streak of Honeysuckle.

Owner JP McManus has enjoyed multiple wins in this race and the seven-year-old can give another bold account.

Goshen should have won the Triumph Hurdle last year but as we all know, he and his jockey parted ways at the final flight of hurdles.

He didn’t appear to be the same horse at all this season and trailed home last of ten in the International Hurdle here just before Christmas.

There was clearly something amiss and Gary Moore appeared to have unlocked whatever the problem was in no uncertain terms when his five-year-old annihilated a good field to win the Kingwell hurdle by twenty-two lengths on his last start.

If he can repeat that effort and can settle off the pace here, he has a dynamic turn of foot that would see him get involved.

Horses from the previous years’ Triumph Hurdle do not have a great record in this (Katchit is the only horse to win both in the last two decades) though, and the fact that his two most recent runs here have been memorable for all the wrong reasons does not augur well.

Silver Streak has taken giant strides forward this season and took the notable scalp of Epatante at Kempton on Boxing Day.

He produced a perfect front-running performance under Adam Wedge to score decisively by just over six lengths.

He has been kept fresh for this by Evan Williams and in four previous visits to Cheltenham, he has never finished outside of the first three places.

Giving weight away to Honeysuckle and a possibly rejuvenated Epatante will not be easy but he is in the form of his life and has been consistent.

He will run his race again but may have to settle for minor honours this time.

Abacadabras was no match for Honeysuckle based on their recent meeting at Leopardstown and it is difficult to see that form being reversed.

He did run a fantastic race when just touched off by Shishkin in the Supreme Novices’ last season though and is a proven Grade One winner.

His Cullentra based yard has never won a Champion Hurdle though and with this fella looking a little exposed I can’t see them winning it for the first time this season.

Abacadabras would also have to turn around recent form with the likes of Sharjah and Aspire Tower.

That would seem a tall order although stranger things have happened.

Sharjah was runner-up in this last year and it was always obvious he was always going to come back for a repeat bid.

He was absolutely swept away by Honeysuckle at Leopardstown last time and he would need to dramatically recapture his form to get anywhere near her.

Willie Mullins knows what it takes to win this race and should anything untoward occur, he could well pick up the pieces.

Based on what we have seen from him so far this year, there appear to be others who look far more likely than him.

Aspire Tower started off the season in good form with a comfortable victory over Abacadabras at Down Royal in October.

He was also a perfectly respectable second to Sharjah at Leopardstown at Christmas.

Unfortunately for him, Rachael Blackmore looks set to desert him for the first time and you can’t argue with her decision.

He stayed on through beaten horses when chasing home Burning Victory in the Triumph last year but he will certainly need to brush up on his jumping following a couple of costly errors in that previous race if he is to get involved.

James Du Berlais has never run in the UK or Ireland before but he has only just joined the Willie Mullins team.

He won a couple of Grade Three races at Auteuil and was beaten the narrowest of margins in a Grade One there back in November.

The trainer has been talking up his chances across the media, but it would be some training performance if he could win a race as hot as this on his first ever run.

He would be defying all sorts of statistics if he did turn up to win so whilst his chances are respected, he is not one I will be siding with.

Song For Someone – Tom Symonds

Song For Someone has really been on top of his game this year picking up a couple of victories at Ascot and Cheltenham in Grade Two company.

He probably needed the run back when firmly put in his place by Goshen at Wincanton just a few weeks ago and with this race in mind, it was a ride delivered by Aidan Coleman.

He is a talented individual and beat Silver Streak in that race over the course and Distance in mid – December.

He may well have another good run in him and he would not be this sort of price if trained by Nicky Henderson or Willie Mullins.

This would be a massive success for his trainer and he fully deserves his place in this field.

Honeysuckle is taken to maintain her unbeaten run and can cement her victory in the Irish equivalent just last month.

She is clearly at the top of her game right now and is a previous Festival winner in her own right.

She has continued to improve with age and her relationship with Rachael Blackmore could well prove key here.

Epatante looked a shadow of her former self at Kempton and on the back of that would be hard to fancy.

Silver Streak is a versatile performer but won’t find life easy here with the front running Aspire Tower keeping him on his toes. 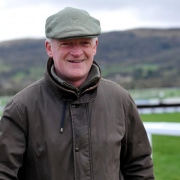 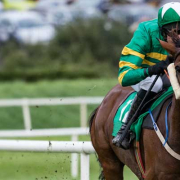 Tips For The Arkle Chase 2021
Scroll to top