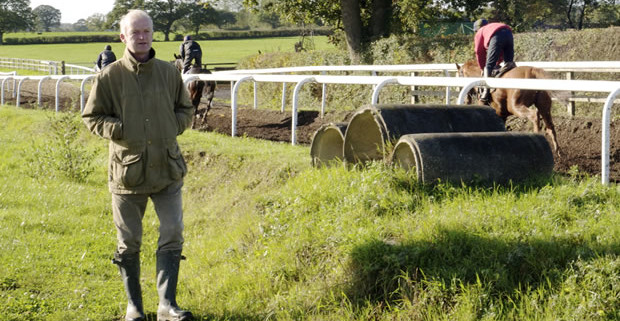 Although there have naturally been a few hiccups along the way, champion Irish jumps trainer Willie Mullins still has an immensely strong team assembled ahead of his latest assault on the 2022 Cheltenham Festival.

A glance at the ante-post markets for the major races spread over the four-day jumps racing extravaganza that begins on March 15th reveals that Mullins has favourite or fancied runners for nearly every event.

The notable exception is the Cheltenham Gold Cup, for which his highest-placed representative in the current betting is 8/1 shot Allaho.

Though it should be pointed out that Allaho is also the favourite for the Ryanair Chase on Day 3.

Elsewhere, though, Mullins is dominant. The opening event of the meeting, the Grade 1 Supreme Novices Hurdle, sees the yard’s Sir Gerhard vying for favouritism with another of Mullins’ stable stars, Dysart Dynamo.

Again, both also lead the market for the Ballymore Novice’s Hurdle on Day 2. So will Willie Mullins split the difference and send one to the first race and the other to the second race?

If things go according to the betting, Mullins may well have landed both opening races of the 2022 Cheltenham Festival. His very smart Blue Lord is a close second favourite in the market for the second race on day one, the Grade 1 Arkle Trophy.

Unbeaten in his first three starts over fences, Blue Lord really only has Edwardstone from Alan King and Riviere D’etel from Gordon Elliott to contend with. Should Blue Lord disappoint on the day then Mullins has back-ups with Haut En Couleurs and Saint Sam.

With no entries into the Ultima Handicap Chase, Mullins will be prepping for the next big race, the Champion Hurdle. This is going to be a real test as his charge, Appreciate It, will be up against the legend that is Honeysuckle.

Of course, the bookies have covered every angle, so if you don’t think that Appreciate can beat the mare, then there is a market without Honeysuckle. For that Appreciate It is the favourite on odds of 6/4.

For race five on Day 1, we have the Mare’s Hurdle. Here, Mullins has options with both Concertista and Stormy Ireland but can either of them beat Telmesomethinggirl? This is a race Mullins has won nine times, so can he make it ten?

As if that wasn’t enough for the opening day, Mullins is also poised to maintain his winning ways by sending out the favourite in the Juvenile Handicap Hurdle with Gaelic Warrior and to round off the first day of the 2022 Cheltenham Festival, he has the joint-favourite in Stattler for the National Hunt Chase.

The Mullins yard has such amazing strength and depth that Day 2 looks even better than their Day 1 prospects.

As mentioned above both Sir Gerhard and Dysart Dynamo are still in the running for the opening race, the Ballymore Novices Hurdle. With no decision yet made, we will have to wait until the final declarations are made to see which horse runs in which race.

Galopin Des Champs leads the betting markets for the Browns Advisory Novices Chase. He is currently the odds on favourite with Bob Olinger, from Henry de Bromhead, his nearest challenger.

Making it three favourites in a row, Mullins also has State Man running in the Coral Cup. However, the horse also has an entry in the County Handicap Hurdle on Day 4. So again, another decision must be made soon.

Undoubtedly the biggest race of the day, the Queen Mother Champion Chase is the fourth race and for this Mullins will saddle Energumene and Chacun Pour Soi. But with Shiskin leading the market, they will have some tough competition.

With no entries into the Glenfarclas Cross Country Chase, Mullins will round out Day 2 with Ciel de Neige in the Grand Annual Handicap Chase and race favourite, Facile Vega in the Champion Bumper. This is the race Sir Gerhard won in 2021 and one that Mullins has won 11 times.

If Mullins was to have a not so successful day then it looks like it may be on day three of the 2022 Cheltenham Festival.

With only one favourite in the betting markets, a lot will depend on how the competition performs. As previously mentioned Galopin Des Champs has a spot in the Turners Novices Chase but is also the favourite for the Browns Advisory. So which race will he go in?

Unusually, Mullins has no runners in the Pertemps Network Hurdle (Race 2), the Cheltenham Plate (Race 5) or the Kim Muir Challenge Cup (Race 7).

Allaho is his big hope for the Ryanair Chase but also has an entry in the Gold Cup, though money says he will run in the Ryanair.

At odds of 4/1, Klassical Dream is the joint second-favourite for the Paddy Powers Stayers Hurdle. Up against Flooring Porter and Thyme Hill, he may have his work cut out for him.

The remaining hopes for Day 3 for Mullins lie with Dinoblue and Brandy Love who are dominating the market for the Mare’s Novice Hurdle. Is a 1-2 on the cards?

And so we roll around to Gold Cup day at the Cheltenham Festival 2022. With four favourites set to line up, can Mullins round off the meeting with another bag of coveted trophies?

We start with Vauban in the Triumph Hurdle followed by State Man in the County Hurdle. Both are race favourites and should make up for the fact that Mullins has no runners in the Albert Bartlett.

This gives his team plenty of time to get ready for the biggest race of the meeting – the Boodles Cheltenham Gold Cup Chase.

Once the excitement of the Gold Cup dies down, there are still three more races to finish off the day.

Willie Mullins is the undisputed king of Cheltenham. He has won the Leading Trainer title in seven of the last 10 years. History says that he should comfortably win five or six of the 2022 festival races and take the title again.

So much so that odds on him retaining the crown are as short as 1/3 ON with Paddy Power.

He is the most successful trainer in the history of the Cheltenham Festival, with 78 winners and it doesn’t look like his reign will end anytime soon. 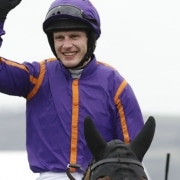 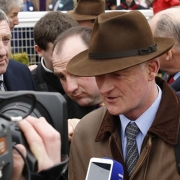 How to Place an Each Way Bet

A Supreme Way To Start The Cheltenham Festival
Scroll to top