Cheltenham has a long and spectacular history!

Before Cheltenham became famous for horse racing it was well renowned as a spa town. The cream of Georgian society enjoyed the healing properties of its mineral water.

In 1815 the first race was run at Nottingham Hill and three years later it was moved over to Cleeve Hill. At that time it was home to a two-day festival held each July and as it’s popularity grew so too did the attending crowds which reached 30,000 especially on the day of the Gold Cup race.

The main Grandstand was burnt down in 1829

But all did not run smoothly particularly in those early years. A local Parish Priest, Reverend Francis Close, campaigned for the closure of the course. He preached about the evils of horse racing to his local Cheltenham congregation, who then took it upon themselves to violently disrupt the race meetings.

When the grandstand was burnt down in 1829 it was considered the best interests of all concerned that the meeting to move further away from the Reverend and his congregation. Which is how the course came to be in Prestbury Park, its current venue. 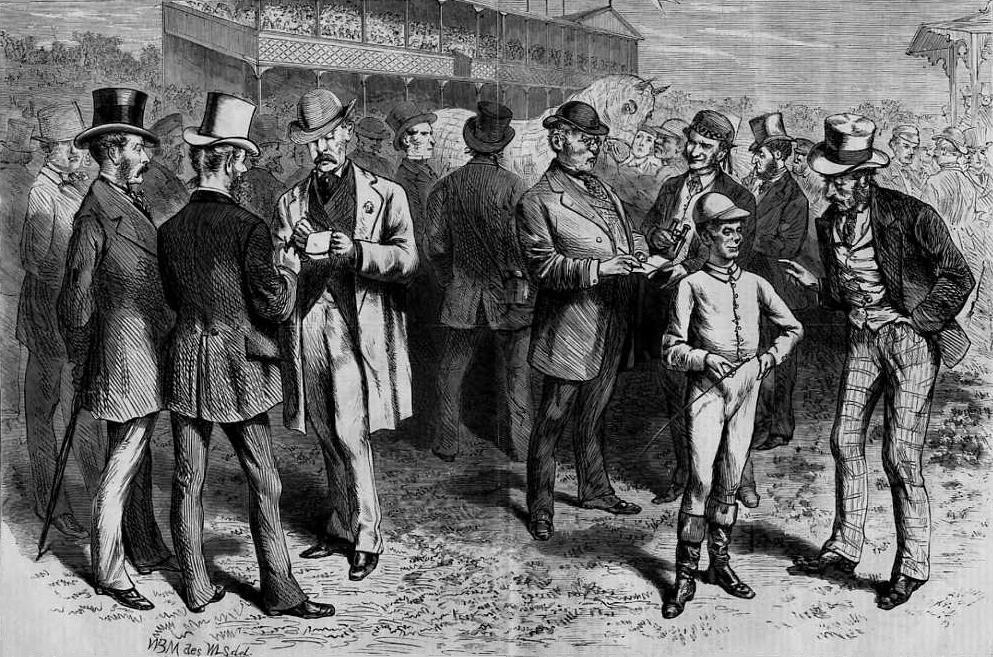 Norton’s Coin will go down in racing folklore for causing one of the greatest upsets of the modern racing era when winning the 1990 Cheltenham Gold Cup at odds of 100-1.

Ridden by Graham McCourt, he beat the Jenny Pitman-trained Toby Tobias by three-quarters of a length, whilst odds-on favourite Desert Orchid, the previous year’s winner, was back in third place.

In these days of big-money owners it’s hard to believe that a small time owner-trainer, with just three horses, could take along his horse, which was effectively a pet, to the headquarters of jump racing and lift the feature race of the Festival. It almost beggars belief.

However, 50-year-old dairy farmer Sirrell Griffiths had racegoers gazing in disbelief that March afternoon as the darling of the people, the wonder grey Desert Orchid faded out of the running in the home straight and left McCourt in the lead trying to fend off the late surge of Toby Tobias.

Ironically Norton’s Coin was only running in the Gold Cup solely because Griffiths had missed the entry deadlines for the Cathcart Challenge Cup and the Mildmay Of Flete. Before the race he had won just four races worth £23,000 which was a drop in the ocean compared to Desert Orchid’s £423,000. This really did look like a David taking on Goliath situation.

In fact most people thought another win for Desert Orchid in the race was almost a foregone conclusion.

One egg-splashed faced journalist in a national newspaper wrote: “Thoughts of defeat for any other reason than a freak mishap cannot be seriously entertained. That prediction may wind up in the book of famous last words, but any analysis of the race must logically be confined not so much to whether Desert Orchid can capture a second Gold Cup, but by how far he will win it and who will be second”.

However as he drove the box to Cheltenham that morning, Griffiths was convinced Norton’s Coin was not the rank outsider the bookmakers believed him to be.

“Coming to the last, I thought, ‘If he jumps well, he’s going to win’. And I was shaking this chap’s shoulders like a terrier dog. As they passed the post, he turned round and said, ‘Do you mind? That’s my neck!’

“It was like a football match when I got back to the yard—ITV television were there and had plugged their floodlights into the electricity—and you could see the yard from a couple of miles away. I didn’t get to bed that night.”

The sight of a permit trainer from Carmarthenshire walking away with the Festival’s Championship prize rocked the assembled Cheltenham crowd to the core but the presentation brought about a few laughs in the paddock. As Griffiths was a one-man-band he went up to the podium to collect the owner’s prize, the trainer’s prize, the person who rode the horse at home prize and the horsebox driver’s prize, all from a bemused looking Queen Mother. The course announcer quipped: “The only thing Sirrell didn’t do was ride him in the race.”

Jenny Pitman, trainer of the runner-up, was gracious in defeat saying: “Norton’s Coin winning at Cheltenham will be a day that neither Sirrell Griffiths nor I will ever forget. For Sirrell, a small trainer in Wales, to win it is what National Hunt racing is all about.”

Norton’s Coin went on to win once more at Cheltenham the following year and was retired in 1993. The gelding had a long retirement at Sirrell Griffiths’ Rwyth Farm in Nantgaredig, near Carmarthen, Wales, where he lived out the rest of his years.

Sadly, in 2001, Norton’s Coin aged 20, died after what was believed to have been a heart attack.