Listen for the famous Cheltenham roar as the tapes rises for the first race, the Supreme Novices Hurdle, on the opening day of the Festival. 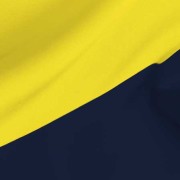 The Supreme Novices Hurdle is the first race of the Cheltenham Festival. This race is famous for the ‘Cheltenham Roar’, a loud cheer that can be heard as the horses get on their way to start off the festival.

The race is a Grade 1 National Hunt hurdle race. Novice hurdlers that are aged four years or older can compete in the race. It is a 2 mile and 1/2 furlong race along the Old Course and has eight hurdles.

The race was first run in 1946 and the winner was Prince Rupert. Originally the race was called the Gloucestershire Hurdle and it had two or three separate divisions within it. As a result Irish trainer, Vincent O’Brien trained ten winners over eight years in the 1950s. The division format of the race stopped in 1972 and since then it has been run as one race.

The Supreme Novices Hurdle was originally known as the Lloyds Bank Champion Novices’ Hurdle from 1974. Waterford Crystal took over sponsorship in 1978 and changed it to its current name. Since then the race has had many sponsors but the name hasn’t changed. Currently, Sky Bet sponsors it. 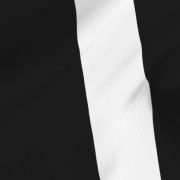 This race is one of the lowest in terms of prize money for the festival’s big races. Willie Mullins won his first Supreme Novices Hurdle in 1995 with Tourist Attraction.

For that he earned £35,850, which given it was more than 25 years ago isn’t a massive difference between 2021’s winning money. The horse was a huge 25/1 winner, winning the race by two lengths.

Ruby Walsh’s first winner in the Supreme Novices Hurdle came in 2006 on Noland. The horse was priced at 6/1 and won the race by a neck. For winning the race they received £57,020.

In 2019 the total purse for the race was £125,000 with £71,187 going to the winner Klassical Dream. He went off at odds of 6/1 beating the 9/2 favourites Fakir D’oudiries and Al Dancer. The win gave both Ruby Walsh and trainer Willie Mullins their sixth wins in the race.

The prize fund didn’t change in 2020 when Shishkin won the race for jockey Nico De Boinville and trainer Nicky Henderson.

In 2021 however, the prize fund dropped to £93,750 as the Festival was held behind closed doors with no fans allowed. The lack of ticket sales meant prize money was dropped. The 2021 winner was Appreciate It from trainer Willie Mullins, giving him his seventh win in the race.

Nicky Henderson scored again in 2022 when Constitution Hill bagged the first win of the festival for jockey Nico De Boinville. With the prize pot restored, the overall fund was worth £135,000 with Henderson’s camp taking £75,965 of it. 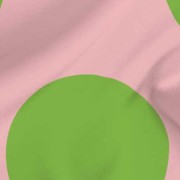 The winner of the 1968 race was L’Escargot who went on to win the Gold Cup in 1970 and 1971. L’Escargot in the only horse in Supreme Novices’ history to win it and then go on to win a Cheltenham Gold Cup.

More recently there has been Douvan who won the race in 2015 when ridden by Ruby Walsh. At the age of five he won the Supreme Novices Hurdle as the 2/1 favourite. Douvan then went on to win another Cheltenham Festival race in the Arkle Chase. He has since tried his luck at the Queen Mother Champion Chase twice but was a faller in 2018.

The most well known winner though to current racing fans and punters will be Altior. He has won at the Cheltenham Festival in each of his four visits. Altior won this race race in his Cheltenham debut in 2016 with Nico de Boinville on board. He then went on to win the Arkle Challenge Trophy and then twice the Queen Mother Champion Chase. 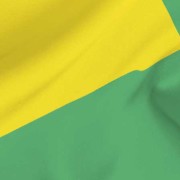 Horses use this race as a stepping stone to go on and establish themselves in subsequent Cheltenham festivals. As it is a Novice race, horses cannot return to the race once winning it.

The leading jockey however in Ruby Walsh. He has six wins in the race spanning over 13 years. His first came on Noland in 2006 and his last was on Klassical Dream in 2019.

The trainer of Klassical Dream, Willie Mullins is also the leading trainer for this race. His win in 2021 with Appreciate It took his tally to seven wins in the Supreme Novices Hurdle.

It’s the opening race of the Cheltenham four day festival is run at a fast and furious pace. Considered a stepping stone to young horses’ career many, including Brace Inca, Best Mate and War of Attrition have gone on to contest the Champion Hurdle and the Gold Cup in future years. Willie Mullins has dominated this race with seven wins, including 2021 with Appreciate It.

Originally called the Gloucestershire Hurdle, Irish trainer Vincent O’Brien recorded ten victories in the race during an eight-year spell in the 1950s. Its present title came into being when Waterford Crystal started to back the race in 1978. That lasted until 1990 and since then the event has had several different sponsors.

The Supreme Novices Hurdle is a Grade 1 National Hunt race run on the Old Course.

During its running there are 8 hurdles to be jumped.

This race opens the festival and is traditionally greeted by the “Cheltenham Roar”.

The race has been dominated by trainer Willie Mullins who has won it seven times.